After years of planning and months of construction, the Township of Upper St. Clair and their volunteer firefighters celebrated the opening of their new fire station on October 15, 2005.

At over 18,000 square feet, the fire station has six truck bays for the department’s equipment. Workstations for preventative maintenance and repair work on breathing apparatus have been included and there is a workroom for maintenance on radio equipment.
Firefighters still change into bunker gear near the trucks, but instead of being a foot away from a piece of equipment, there are now ten feet between a firefighter and a truck. The new lockers are located behind the vehicles instead of beside them, further reducing the risk of a firefighter being struck by a moving vehicle.

One of the highlights of the new fire station is a library to house the department’s training manuals and material. The old building had no library, and training material was stored wherever there was an empty shelf or box.

The operations area of the new building was designed to meet the needs of the entire department, from line officers and administration, to training and fitness. A bunk room with two sets of bunks has been added to allow members to stay and rest during lengthy incidents, such as during the flooding experienced after Hurricane Ivan. Members may use them to stay on stand-by for incidents like winter storms, further reducing response times. 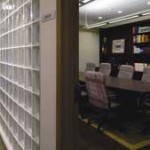 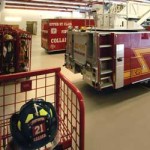 For additional photos, See our Main Station Page under Photos.

For photos, See our Morton Road Firehouse Page under Photos 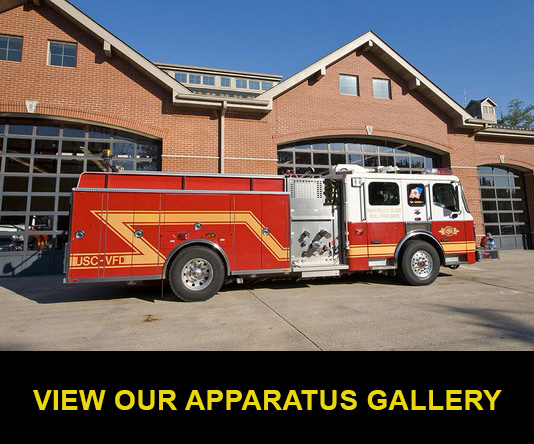